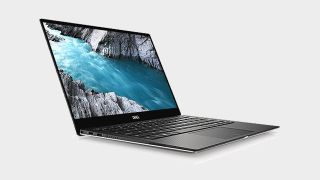 if you've been after a laptop deal that's not got the premium attached to it that comes with adding the word gaming, then this XPS deal and others may well be for you. Dell's XPS deals are still premium machines, with some having good enough integrated graphics units to be able to play some games - albeit lightweight ones like Rocket League and Fortnite, perhaps - but also are supremely competent in all other areas.

The one we're highlighting right now is still one with a large-ish price tag but has a lot going for it and offers some cool 2-in-1 abilities too.  It's a full HD display that's a touchscreen model with an i7-1065G7 processor, 16GB of memory and 256GB SSD under the hood.

If you fancy taking advantage of the $400 saving but prefer a more traditional laptop/notebook arrangement then the XPS 13 Touch Laptop is reduced by the same amount, and is down to $1,449.99 at Dell. This has an awesome 4K touch screen that is a tremendous thing of beauty and sets this one apart.

You can pick up a cheaper XPS 13 laptop going for $1,099.99 that is closer to a traditional laptop replacement model. It dials everything back slightly but still offers a premium laptop model from Dell that nearly goes under the magic four-figure mark.

If streaming games really is the future in the shape of Stadia (maybe not right now) and Nvidia's GeForce Now (a better option) then these machines are great options to harness that, and take care of all your other everyday needs too.