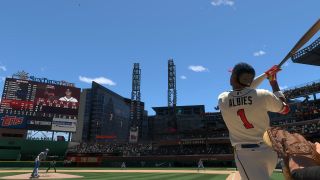 The announcement of the expansion has already been publicly acknowledged by the official Xbox and Nintendo of America Twitter accounts, as well as Xbox boss Phil Spencer himself, meaning Microsoft and Nintendo consoles are likely destinations for MLB The Show.

Given Project Scarlett's Holiday 2020 release window, the most likely scenario is for MLB The Show to make its multi-platform debut on next-gen hardware. However, without a peep from Nintendo about a successor to the Switch, it's hard to imagine a game like MLB The Show being ported to Nintendo's current console lineup.  Still, Sony and Nintendo have until at least 2021 to work out these sort of details.

It's a historic announcement ending Sony's 20-year run developing officially-licensed MLB games exclusively for PlayStation. It's yet to be revealed whether SIE themselves will develop games for other consoles, but it'll be an even bigger bombshell should that be the case. It's surreal to imagine Sony working with a Project Scarlett dev kit at this very moment.

In the holiday spirit of forgetting differences and working together, here are GamesRadar's 25 best co-op games to play right now.