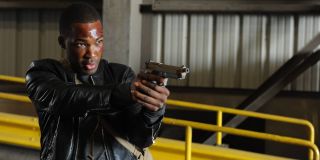 When news first broke that FOX were considering another season of 24 without Jack Bauer fans of the series were sceptical, and with good reason; Kiefer Sutherland's legendary agent has become synonymous with the show over its extensive run, so much so that many thought there wasn't any point in continuing without him.

Nonetheless we now have the first trailer for the rebooted series - which is now headlined by Corey Hawkins - and you can check it out below...

While the lack of Bauer is most certainly felt, if this trailer is anything to go by 24: Legacy will be a solid action-drama when it debuts next year. I'm also a big fan of Hawkins - if you haven't seen Straight Outta Compton yet, rectify that immediately - and as someone who has enjoyed 24 in the past I'll definitely give this a look.