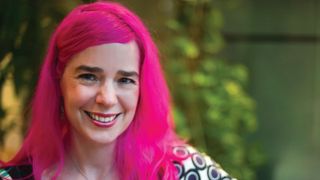 Those of you who devour Young Adult fiction will probably know Laini Taylor’s name: she’s the author of the Daughter of Smoke and Bone trilogy. Now she has a new YA book out, the first in a duology, called Strange the Dreamer.

Set in the aftermath of a war between gods and men, Strange the Dreamer centres on Lazlo Strange, orphan, and junior librarian. Long obsessed with the mythic lost city of Weep, Strange is thrilled to be presented with the opportunity to go in search of it, in the company of a band of legendary warriors. And that’s just part of the story: there’s also his romantic relationship with Sarai, blue-skinned daughter of a murdered tyrannical goddess.

Strange the Dreamer is released by Hodder & Stoughton on March 28, but we have five hardback copies to give away. To be in with a chance of winning one of them, simply answer the question below.