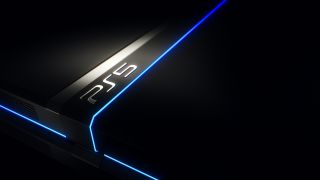 The upcoming PS5 games lineup is actually looking rather beefy, despite the fact that Sony is keeping schtum on the official launch lineup for now. Sony has confirmed its next-gen console is actually called the PS5, and it's coming in the 'Holiday 2020' season though, so we know it's time to get excited. We don't know what the PS5 design is like yet, but we do now know some of the games coming to the PS5.

Of course, officially no PS5 launch games have yet to be confirmed, but with the plethora of undated releases on the horizon, and some savvy questioning, we've been able to put together a list of what we think you'll be able to see – at some point – make up the upcoming PS5 games list.

Gearbox has been one of the first developers to officially announce an upcoming PS5 game, and it will arrive in the form of Godfall. Apparently building on Gearbox's reputation with Borderlands (and most recently Borderlands 3), this is a "loot-slasher', third-person action RPG built around co-operative gameplay - although you can play solo too.  It stars knights and magic, so sound be kind of amazing. Basically think Borderlands with swords.

What happens if you blend Doom and Mass Effect? Well, it seems to be Outriders, a brand new IP from People Can Fly (Gears Judgment / Bulletstorm), and published by Square Enix. It features dark, sinister alien forces against a humanity that's desperate to survive. But there's a twist. Humanity is trying to inhabit a new planet called Enoch after Earth is rendered unusual, but a strange energy storm they're calling The Anomaly has gifted them all with powerful abilities. It's arriving on PS5 sometime this holiday season, so expect it to be a launch title.

It's been a brief spell since Gran Turismo Sport arrived on PS4, but there's a reason why it's at the top of this list of potential upcoming PS5 games. The recent Wired article that revealed the PS5's official title, explains that the writer got to test a few games on a PS5 devkit. One of those included, and I quote, "a version of Gran Turismo Sport that Sony had ported over". It was being used to show off the new haptic capabilities of the PS5 controller, moving from driving on the dirt and the track. Now, it would be a bit of a waste to port the game over just for a tech test, so we expect GT Sport will be racing on over to PS5 around launch.

Bluepoint Games is a studio famous for remakes and remasters, and as part of the big Wired exclusive, it revealed that it's working on something for the PS5 for a while now, and that "something" will be big. "We're working on a big one right now. I'll let you figure out the rest," came the words from Marco Thrush, president of Bluepoint Games. We've pulled out six games Bluepoint Studios could be remastering for PS5, but at least we now that something old and glorious is going to be ray-traced up to the eyeballs in the next 18 months.

Watch Dogs Legion is doing its whole hacking thing again, but this time it's adding even more of a dystopian slant by setting it in a post-Brexit London, which fills my English heart with sadness. But Legion will also ramp things up a bit by not providing you with a single protagonist, or even a preset team, but actually letting you craft your own squad from the entire London population. Each of London's NPC residents will have their own backstory, strengths and abilities, weakness and movesets - aka if you pick a spy Grandma, she's not going to be quite as agile, but still just as badass. But beware, in this new Watch Dogs title, permadeath is now a thing so maybe don't get too attached to your favourite granny. Elsewhere, it'll also feature the hacking tech gameplay that we know and love, just set against the backdrop of a very unhappy English capital.

Building a little off the success of Assassin's Creed: Odyssey, the same time are diving again into Greek mythology to bring us Gods & Monsters. It's described as a "storybook adventure", and as you can see in the trailer above, it's set across a stylised and rather beautiful fantasy world where you're asked by the gods to take down Typhon, the most deadly creature of all Greek mythology, and all the other monsters he's spawned. It's going to be quite the legendary journey too, with the trailer already featuring the likes of Medusa, and plenty of Greek deities to boot.

Rather than a spin-off from the very successful Rainbow Six Siege, this is something new, and a little bit more supernatural. You still play as a Rainbow Six Operator, but instead of human foes, you'll be tasked with taking down a totally new breed of alien parasite that's infecting the human race. In this you'll operate in squads of three, playing in PvE matches where the environment is filled with these new, terrifying, rather fast-moving foes.

Lord of the Rings: Gollum

We are all so intrigued to see what a game where you play as the dual-personalities of The Lord of the Rings: Gollum will actually be like. And thankfully, that's exactly what Daedalic Entertainment is going to give us. It's been unveiled as one of the confirmed upcoming PS5 games, and will arrive sometime in 2021 to let you play as Gollum. The creature starts out as a prisoner in Barad-dûr, a fortress in Mordor, but eventually you will traverse more of Middle-Earth, with the developer proming "giant, persistent environments, each harbouring several questlines and a range of friendly or unfriendly faces" in an interview with Edge Magazine in early 2020. During that interview the game is also described as an "stealth-action-adventure with an intriguing dual-personality mechanic, gigantic levels, and a densely wrought aesthetic inspired by Tolkien's own drawings".

Originally scheduled for release on PS4, Xbox One and PC in Spring 2020, Dying Light 2 recently got a major delay that stripped it of any kind of release window. While that's a huge blow for current-gen gamers, it makes the idea of a cross-generation release much more tangible. After all, developer Techland has already confirmed Dying Light 2 will come to PS5. If you're out of the loop, Dying Light 2 is the sequel to the immense parkouring, zombie-slaying adventure, and is set 15-years after the original. Techland itself describes the time period for this new game as the 'new Dark Ages', which suggests just how desperate humanity has become in this particular zombie apocalypse. Watch the above 4K demo just to see what you're in for.

Standing as Bethesda's first new IP in over a decade, Starfield is already looking incredibly intriguing. Bethesda's own Todd Howard has already confirmed that it will be an upcoming PS5 game, although neither he nor Bethesda itself has divulged much information about the game beyond the above announcement trailer that emerged at E3 2018. It hints - as does the title - that its a sci-fi RPG set somewhere in space, and from watching that space station get devoured, it's clear something is up.

Ah, the Elder Scrolls 6. The 37-second trailer that blew the world's mind at E3 2018. The game that we know nothing about beyond this same trailer, that is in development somewhere within Bethesda Game Studios along with Starfield. Because it is so far away from release, you can bet your bottom coin that it's going to appear - at some point - on the PS5 (although hopefully not whatever the PS6 could be).