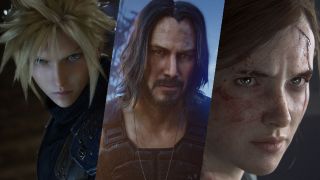 If you're looking for the release dates of the best upcoming games 2020 and beyond has in the pipeline, then you've come to exactly the right place. We've gathered all of the video game release dates for upcoming titles and DLC on PS4, Xbox One, PC, and Switch in this helpful list, so you don't need to search anywhere else for the information you need. Are you ready for the next Fortnite instalment to kick off with Chapter 2 Season 2? Or do you want to revisit Bayonetta & Vanquish with the 10th Anniversary Bundle? If you answered yes to either question then this is your lucky week, as both of them are coming out. No matter what upcoming games you're looking forward to, you'll find them all listed here along with their release formats and the exact date you can finally get your hands on them.

Check out nine of the biggest games to look forward to in our video below:

Video game release dates are always subject to change and new ones are announced every week, so bookmark this page and check back often for the most up to date information on the release schedule. Any updated dates or new additions to the listings here will be highlighted in bold. Please note that games will remain in the TBC section at the bottom of the page until they have a confirmed release date.