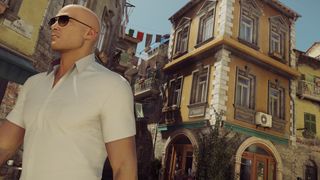 David Bateson is not a Nolan North or a Troy Baker or a Jennifer Hale. His voice isn't in every single video game across the land. In fact, Bateson's voice is singular in the gaming landscape. For nearly two decades now, he has been the voice of Hitman's Agent 47, his steely calm a consistent element in a surprisingly enduring series. What's it like to maintain a character over eight games and three console generations? We played the newly collected Hitman Season 1 with Bateson and discussed his career, how to make convincing sex noises in radio acting, the future of digital performance and much, much more.