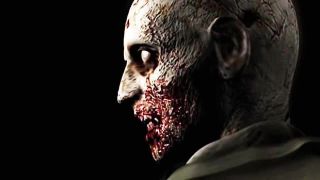 We console owners are often left out when it comes to Humble Bundle, the digital storefront that packages together a plethora of games under one theme and sells them for ridiculously cheap. But no more! This week, PlayStation gets its first-ever Humble Bundle, and it's chock-full of quality Capcom titles. And some just so-so Capcom titles. But still!

In case you're unfamiliar, Humble Bundle works on a "pay what you want" scheme combined with spending tiers. In this case, if you throw $1 at the sale and you'll get Wolf of the Battlefield: Commando 3, Strider, Super Puzzle Fighter 2 Turbo HD Remix, Final Fight Double Impact, and a coupon for 45% off Street Fighter 5.

Spend more than the average (which is currently sitting at $12), and you'll get Lost Planet 3, Super Street Fighter 2 Turbo HD Remix, Resident Evil HD, Okami HD, Remember Me, Mega Man 9, and Mega Man 10 in addition to the games listed above.

Lastly, if you open your wallet for $15 or more, you'll also receive the Devil May Cry HD Collection, Resident Evil 0 Remastered, and a 50% off coupon for the Mega Man Legacy Collection.

Not only will you be getting a combined value of $178 with this bundle, you'll also be helping support charity. This particular Humble Bundle's proceeds will go toward the American Red Cross, Save the Children, and the International Rett Syndrome Foundation. Lots of games, a little money, and even doing some good - it's about time the PlayStation nation got to participate.

Hi! My name's Sam Prell. I'm a games journalist with a soft spot for MOBAs, MMOs, and puppies. Forever a farm boy, forever a '90s kid.