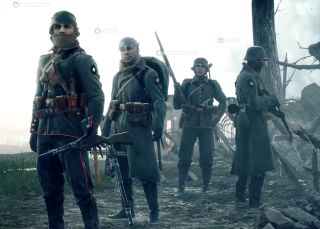 Battlefield 1 will be getting a beta "shortly after Gamescom" according to German community manager Sebastian Moritz.

The info game out in a Twitch stream with CmdKrieger  (translated here, via VG247). Gamescom is running from 18 to 21 of August so if Moritz is right we'll be getting it around the last week of that month, or early September.

As well as that rough date Moritz also said EA Insiders will get access three days earlier and confirmed Rush mode, although it's not clear from the translation if that's for the beta or the game overall. While data mining has located Rush in the game files, only Conquest, Domination and Operations have been officially confirmed so far. And where's that Battlefield 1 pigeon mode?

Seen something news worthy? Tell us!