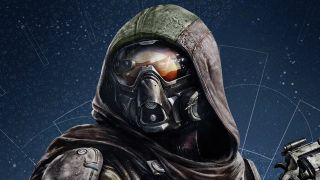 Watching a Bladedancing Hunter slash his way across a map in Destiny has never been fun. After tweaks to Titan and Warlocks in previous updates it's now the Hunter’s turn for a little tuning.

And with good reason. Here’s a graph showing kill-to-death ratios by subclass:

As you can see, Hunter's Bladedancer and Gunslinger are way above the otherwise tightly clustered grouping of almost every other class (although it sucks to be a Titan Defender by the looks of things).

“When one class becomes the default choice for anyone who wants to do well in the Crucible, we see that as a problem,” says designer Grant Mackay. “We chose to bring the Hunters down from their position of dominance because it is our hope that every variety of Guardian will have a fighting chance”.

One suggestion from the community has been to increase the power of the other classes to compete, but as Grant explains, “our concern is that this would eventually make the game way too lethal and chaotic overall. We want you to feel powerful when playing Destiny [and] make sure that you still have the time you need to react and make tactical decisions when engaged in combat”.

How these changes play out will take time says Destiny community man DeeJ. “Every shot you take is logged by our friends at Bungie User Research,” he explains, adding that “we’ll know in time” if the changes have been a success.

Leon Hurley
In former lives Leon's been a scientist, a musician and teacher, stints that included a shoe full of liquid nitrogen, a small tour of Germany and oh GOD so much marking.
Gaming deals, prizes and latest news