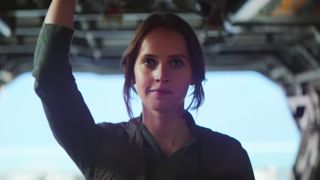 Lucasfilm's done it again. UK Star Wars fans are getting the chance to visit a galaxy far, far away a little sooner than their US counterparts. That's right. Rogue One is on target to arrive a whole 24 hours earlier in UK cinemas:

Stay on target! #RogueOne blasts into UK cinemas on December 15. All wings report in... pic.twitter.com/H0UYXRwNJ8October 23, 2016

The studio pulled the same move with The Force Awakens which blasted onto UK cinema screens earlier, too. Although, to be honest, with preview screenings now a mainstay in most theaters, it's likely that UK audiences will actually see the movie on December 14 and US audiences on December 15. But hey, that's still 24 hours!