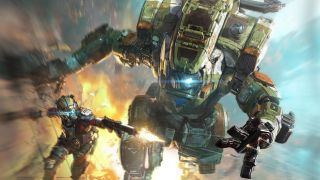 So far there's a pretty big list of PS4 Pro compatible games, but now you can add Titanfall 2 to the pile.

We don't know know yet how Titanfall 2 will be improved by Sony's new console as it wasn't one of the game's shown off when the PS4 Pro was revealed. We only know that it will be 'taking advantage' of the extra power according to this tweet from Respawn cofounder Vince Zampella:

.@Wartac0 yes, we will be taking advantage of PS Pro for #Titanfall2September 8, 2016

Hopefully Respawn will be showing off some PS4 Pro enhanced Titanfall 2 soon but in the mean time check out this comparison of PS4 Pro games.