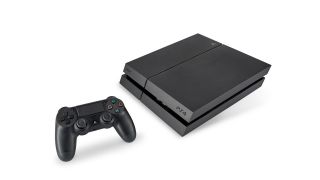 People really like that PlayStation 4! Sony revealed in a press release that consumers worldwide had purchased more than 40 million PS4 systems as of May 22, 2016. And sales evidently aren't slowing down any, since the current figure accounts for almost 10 million more consoles sold than Sony's last report in November 2015. PS4 software sales are also doing well, with more than 270.9 million copies of games sold in retail and through the PlayStation Store (though I'm not sure if that includes free PlayStation Plus games).

“We are truly grateful for the enormous support from our fans and partners across the globe, which helped us achieve this significant milestone in such a short span of time,” Sony Interactive Entertainment boss Andrew House said in the release. “We will strive to deliver even more exciting gaming experiences to our users, further driving the momentum and accelerating the expansion of the PS4 platform and its business this fiscal year by offering an unparalleled line-up of games, bringing our virtual reality system, PlayStation VR, to market and providing ground-breaking features and network services.”

Having passed 40 million sales, PS4 is about halfway caught up to PS3: Sony reported that it had sold 80 million PS3 systems back in November 2013, and it hasn't provided an updated total since then (it has confirmed that PS3 sales slowed significantly after PS4 hit the market, as you would expect). PS3 had been out for seven years at that point, so PS4 achieving half of its predecessor's total sales in roughly a third of the time is an encouraging sign for Sony. Who knows, it might even manage to topple PS2, which still reigns at the top with 150 million units sold as of January 2011 after about 11 years on shelves.

Assuming the reports are true about PS4 Neo, a new system with improved graphics and processing power that still works off the same software library, it could have a significant impact on sales. As could the release of PlayStation VR in October, since it seems to be the most user-friendly virtual reality experience so far. Hopefully we'll find out more at Sony's E3 2016 conference.