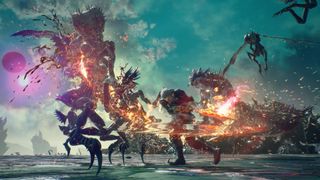 Project xCloud, Microsoft's cloud streaming service currently available in early access across the US, UK, and South Korea, is about to expand in some major directions heading into 2020, most notably with the addition of 50 new games to its current library of playable titles.

The news was announced at Microsoft's X019 fan event, which also revealed that Project xCloud will be launching in Windows 10 PCs next year, alongside compatibility support for a number of Bluetooth controllers, including PlayStation's DualShock 4 game pad.

In addition, Project xCloud's preview service will be rolling out to new territories in 2020, including Canada, India, Japan, and Western Europe, while Microsoft is also promising a feature that will let users stream Xbox games that they already own or will purchase, including those from Xbox Game Pass.

The full list of newly announced upcoming titles to Project xCloud can be found here, but the more notable additions include Devil May Cry 5, Forza Horizon 4, Just Cause 4, World War Z and Crackdown 3.

No word yet on how xCloud will be integrated into Microsoft's next-gen console, the Xbox Project Scarlett, releasing in Holiday 2020, but we're expecting a big pivot to game streaming for the next generation, and you can be sure that will include the future of Xbox itself. If you're keen to register for access to Microsoft's xCloud service, you can sign up to express your interest here.