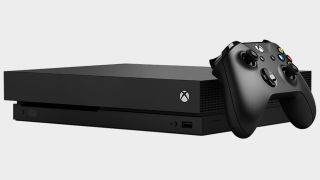 "We are going to show you some amazing things today [at X019] but before the end of the year we will show you even more games, Booty said. "And then, as we go into 2020, I think you will see one of the most exciting line-ups that we have had coming from Xbox Game Studios in as long as I can remember. We really are going to show you some exciting stuff today, we are going to round-out the end of the year showing you even more games, and then as we head into 2020 and into spring, I really want you to be on the lookout for the games we are announcing heading into that stretch.

"It's really exciting. And really – for the first time ever – we have really got, in a way, more games than we know what to do with in terms of when they are going to be announced. Feeling really good about that."

Since we're rapidly running out of major industry events at which to announce video games this year, it sounds like a safe bet that we'll see more Xbox game announcements at The Game Awards on December 12.

Find more big deals (of the money-saving kinding) in our guide to the best Black Friday game deals.