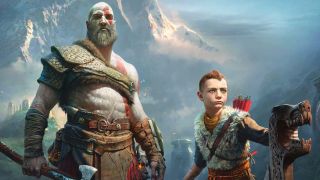 After the incredible success of the 2018 God of War reboot, the arrival of a God of War sequel sometime in 2020 is a safe bet. After all, what better showpiece for the new PS5 than an iconic PlayStation series in all its new, next-generation glory? The studio where God of War is made - Sony Santa Monica - has been quiet at since the release of the reboot, so whatever all those talented people are working on is top secret... for now.

Of course, there's really no point in the studio pretending that it's not making a God of War 2 (or, another God of War II, given that one came out back in 2007) and it knows it. In an interview with Kotaku in 2018 God of War's director Cory Barlog revealed he has five games mapped out in his mind.

In April 2019 fans went giddy over a PS4 theme that stated "Ragnarok is coming" in runes, referencing the world-ending event of Norse mythology that Kratos may or may not have caused during the events of God of War.

More recently, a job listing for Sony Santa Monica revealed the studio was looking for a Senior Combat Designer, who "must have knowledge of God of War (2018) and be able to speak in-depth about the combat systems, mechanics and enemies", and a Facial Blend Shape Character Artist in whom "next-gen video game platform experience is desirable".

As we mentioned above, game director Barlog has made no secret of his plans to keep working on the God of War series, with five games planned out, and has suggested a future instalment could explore Kratos' meeting with his wife, Faye, whose funeral set in motion the chain of events that made up God of War.

What the games are saying

Seriously, spoilers. At the end of 2018's God of War Kratos and Atreus discover Faye, AKA Mrs Kratos, was actually a giant called Laufey, making Atreus half god and half-giant, and with another name: Loki. Yes, that Loki, the one from Norse mythology who is often portrayed as a trickster, sometimes with shapeshifting abilities. God of War played pretty fast and loose with Norse mythology but could offer some hints as to what's to come.

Once that big revelation is out of the way, we're told Fimbulwinter is coming. If you skipped your Norse mythology class – shame on you – then know that this is a three year 'great winter' that proceeds Ragnarok, the Norse apocalypse.

Post credits, there's a second ending when you return home and, there, Thor appears 'several years later'. It's a brief tease, ending after Kratos asks him what he wants. It could be that Thor wants revenge for that whole Kratos 'killing his sons' thing, or, he might want his help stopping Ragnarok.

At times God of War felt like a very personal project about fatherhood, and it feels very likely that a sequel would continue to explore that dynamic between Kratos and Atreus, even as both struggle to come to terms with his newfound potential. How will Kratos, so used to being the powerful protector, react now that his son could potentially be even more powerful? Could the conflict this raises between father and son somehow bring about the Ragnarok, referenced in God of War and that PS4 theme? Or will the two find a way to work together, combining their might to battle any threats that come their way?

Whatever happens, we can be certain that there will be huge new enemies to fight, new combat techniques to master, and a huge, beating dad heart at the center of it all. We can't bloody wait.

What would you like to see in a God of War sequel on PS5? Let us know on Twitter @GamesRadar or in the comments below.