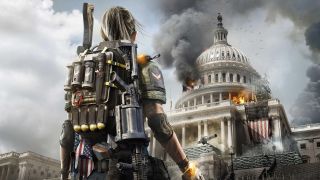 The boxing day deals keep on coming in the lead up to the New Year, as now evidenced by one of the best prices we’ve ever seen for 2019 looter-shooter Tom Clancy’s The Division 2. Upon release this post-apocalyptic trek across Washington D.C would have set you back roughly £40 but now, thanks to John Lewis & Partners, you can pick it up for only £7.99.

The one slight catch to this deal is that you’ll need to also pay a click and collect fee of £2, yet this still sees you snag one of the year’s biggest online games for under £10. In our review, we considered Tom Clancy’s The Division 2 to be a great continuation of Ubisoft’s squad-centric franchise, citing it as a “perfect example of how to absolutely nail a sequel”.

Tom Clancy's The Division 2 on PS4 | Now £7.99 at John Lewis and Partners
Squad up with three other friends and save the US capital for a lot less than the game's launch price.View Deal

Tom Clancy's The Division 2 on Xbox One | Now £7.99 at John Lewis & Partners
This significant saving on the Division 2 is also available on the Xbox One version - it's best price yet!View Deal

So, if you’re still yet to try out one of the most feature complete online looter-shooters out there, be sure to hop on to this amazing £7.99 price point while stocks last. January marks a time of the year where they’re aren’t too many Earth-shattering Triple-A games to fawn over, meaning there’s plenty of opportunity to dive on in and catch up. Plus nobody need miss out this offer as it covers players on both PS4 and Xbox One.

Tom Clancy’s The Division 2 continues to give players lots of reasons to come back, such as its recent ‘Silent Night’ apparel event that launched ahead of Christmas. What's more, Episode 3 of its post-release content plan will soon be arriving sometime in 2020, marking the last significant update before year 2 of Ubisoft's acclaimed multiplayer shooter kicks off proper.

Want to give yourself a good head start? Take a look at our extensive The Division 2 guide.