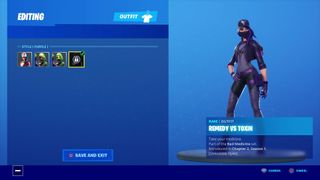 There's been a bit of a break in the missions recently, but we now have a new one with the Fortnite Remedy vs Toxin challenges, which is likely to be the last regular mission before we move on to Fortnite Chapter 2 Season 2 in February. Whether you're looking for help with visiting food trucks and bus stops, earning medals and accolades, or anything else this week, we've got you covered right here. It's always worthwhile ticking off these challenges, especially if you're trying to level up before the current season of Fortnite ends, as you'll collect a massive 52,000 XP reward for each one you beat. Read on and we'll tell you everything you need to know for clearing the Fortnite Remedy vs Toxin challenges, as well as sending you in the direction of any other relevant guides we have to steer you to victory.

This bonus set of challenges are mainly based on visiting particular locations, earning specific medals and accolades, and dealing damage. To get started, you'll need to have reached Battle Pass tier 40 to unlock the Remedy vs Toxin outfit, then complete nine of the following challenges to unlock the Purple style.

There are several Fortnite food trucks around the island, including the classic Fork Knife joint, and you need to swing by three different ones in total.

The Silver Survivor Medal on your punchcard unlocks when you get down to the last 25 players in a standard match, so keep out of trouble until that many players remain, and do it three times.

Pretty self explanatory – as always, Team Rumble mode is the easiest to secure eliminations in once you've found an SMG.

There are over 60 different Fortnite landmarks across the map, so it shouldn't be too difficult to find some which house chests, then just search seven of them.

Reach 100 of both Health and Shield in different matches (3)

Max out both your Health and Shield in three separate matches for this one, and by now we shouldn't have to tell you that you can only reach 100 Health (if you don't have it already) with a medkit, and 100 Shield with a shield potion, unless you spray yourself with some Slurp from trucks or containers.

Deal damage with a Common, Uncommon, and Rare weapon in a single match (3)

Damage enemies with Common (grey), Uncommon (green), and Rare (blue) weapons in the same match – hit up Team Rumble and keep an eye out for weapons in those colours.

Deal cumulative damage to your opponents' buildings until you reach the target figure, and remember that explosive weapons can deal more damage in a hit than the original HP of the enemy structure.

You'll find Fortnite bus stops at the side of many of the roads, and you need to pass by three of them in the same match for this challenge. We've got all of their locations and a number of suggested routes for picking up three in one go.

You'll receive a Weapon Specialist Accolade by dealing 250 damage with a particular type of weapon in the same match, so play Team Rumble and stick with one weapon category until you've received a medal then move on to a different one.

Be first to catch a fish, first to land from the Battle Bus, or first to get an Elimination (1)

Depending on whether anyone else in your match is also going for this challenge, you should be able to jump from the Battle Bus as soon as the doors open then skydive down as fast as possible to land first. Otherwise, head straight to a fishing spot and pick up a rod, or grab a weapon and go for a fast elimination before anyone else.