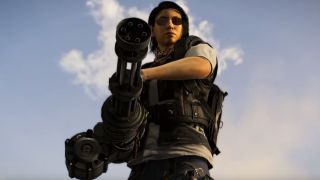 How to shock Roach twice in The Division 2

Thankfully, shock ammo is in the very middle of the room you fight Roach in, near the metal railings. We'd recommend loading the shock ammo into your pistol then shooting him once, waiting for the shock effect to wear off, then doing it again.

After you shock Roach twice though, you're nowhere near finished. There's five sets of objectives you need to complete, each with four tasks. You only need to do these if you don't own the Division 2 Year One Pass though, so if you do, you should have access to Gunner right away. Here's the full set of Division 2 Gunner tasks: