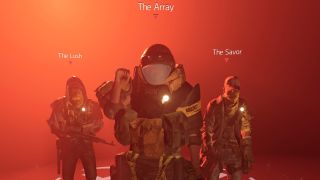 Division 2 bounties are a great source of repeatable missions in the Division 2 endgame, because you can earn a substantial amount of XP and specialization points for completing them. You can tackle bounties in The Division 2 at a number of difficulty levels, so when you hit level 30, some of them will be easy to complete even if you don't have an optimised build. Division 2 bounties are a key component and aspect to the game, and we've got everything you need to know on them.

What are Division 2 bounties?

Division 2 bounties are essentially tough enemies that you have a limited time period to hunt down and kill. You're shown their location on your map, then you simply have to go there, find them, and kill them. Sounds easy, right?

It's made tougher by the fact that they have a rather large entourage with them, and that they don't actually spawn until you kill all of their minions. The exact whereabouts also isn't shown to you when you get close, meaning you have to hunt them down in the general vicinity. Did we mention that they're some of the toughest enemies in the game?

How to get Division 2 bounties

Some of the bounties available to you can be found via Otis Sykes in the base of operations. He's upstairs, next to the lady who manages the projects. He's the sixth recruit you obtain for the White House so in the grand scheme of things, you get him early, around 20 hours or so into the game.

He's not the only way you can get Division 2 bounties though. During the main campaign, certain bounties will become available to you as you complete projects. You'll have 15 minutes to do each one, so make sure you get a move on.

Bounties can also be found from the Snitch, Jared Nash. Jared Nash is a mysterious fellow you may have never even stumbled across during your time in Washington D.C., because he's always on the move and has a seemingly infinite number of spawn locations. If you find him, talking to him will reward you with another unique bounty.

Where to find the Snitch, Jared Nash

If your goal is to complete the deck of playing cards (and earn the "Suits You, Sir!" trophy/achievement), you'll need to visit Jared Nash more than a few times. Talking with him will give you a bounty, along with the whereabouts of the secret vendor, Cassie Mendoza. More on her shortly.

Finding Jared Nash isn't easy. He can be almost anywhere on the map, and the only clue you have is that he's marked by a white question mark before you find him. As you get close, the question mark will disappear. There's no specific place he will definitely be at, so simply head to each of the unknown events on your map to search for him. The map above shows eight locations we've found the Snitch, but it's by no means all of them. Check every alley and open building because Jared Nash is a sneaky chap.

Who and where is Cassie Mendoza?

Cassie Mendoza is a secret vendor who sells high-end gear. You can find her whereabouts by talking to Jared Nash, and she's only in each spot for 36 hours at a time. After that, she packs up and moves, so you'll need to find the Snitch again.

Finding Cassie Mendoza can also give you the option to speak to some other NPCs with new side missions for you, so even if you don't want to buy anything, it's worth visiting her for some new mission content.

Completing bounties is a major part of the endgame, so why not get some stronger guns, like the Division 2 Exotics?