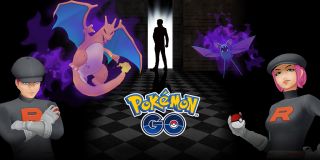 When Team Rocket invaded the game last year, they brought with them the Pokemon Go A Troubling Situation special research tasks. This is one of the shorter Pokemon Go quests available as it only has four stages with three tasks in each, but if you want to stand a chance of defeating Pokemon Go Team Rocket, you better hop to it.

Unfortunately, there's no legendary or special Pokemon at the end of the Pokemon Go A Troubling Situation quest since it's so short, but you will earn a bunch of XP and some other useful rewards. Read on for all of the tasks you need to complete and the rewards for this short Pokemon Go quest.

Some simple stuff to kick off A Troubling Situation, so it should be easy to complete as long as you're not brand new to the game. Simply evolve any two Pokemon you own - something that only takes 12 candy would probably be easiest - then power up any Pokemon five times. Your lower level Pokemon will take less stardust to power up if you're running low.

For this, you need to hunt down Team Rocket Pokestops which are indicated by the spinning cube on top which will be a slightly darker shade of blue. When you approach, the stop will turn black and a Team Rocket GO Grunt will appear after you spin it, challenging you to a battle.

To catch two shadow Pokemon, you simply need to defeat two Rocket Grunts then catch the shadow Pokemon they leave behind afterwards. You're only given a few Premier Balls to throw though so make sure you're accurate and use a berry to ensure it doesn't escape. Go ahead and defeat one more Grunt to complete the second task.

When you've caught the shadow Pokemon from the previous step, you just need to catch one more in order to purify three of them. For that, you simply have to tap on your shadow Pokemon, then click the Purify option, which will cost a few thousand stardust and a couple of candy for that specific Pokemon. If one of them is a Fire, Water, or Grass-type, then you'll complete the second option too, though if they're not then you'll need to keep battling Team Rocket GO Grunts until you find one that is.

Funnily enough, you don't actually have to do anything for the final step of A Troubling Situation. All three objectives are automatically completed for you, and you get a bunch of rewards. Happy days.

That's all there is to it! As long as you can find enough Team Rocket stops, this should be a breeze to complete, and if you pop a Lucky Egg and Star Piece before completing steps three and four, you'll get double the amount of XP and stardust. Good luck trainer, and don't let Team Rocket beat you!