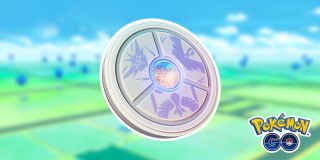 To change team in Pokemon Go, you simply have to purchase the Team Medallion item from the in-game shop. Now there are a few caveats with this. The first is that one Team Medallion (or to change team once) costs 1,000 coins. This is around £9 or so but since you can only buy 1,200 PokeCoins for £9.99, changing your team in Pokemon Go essentially costs £10. Unless you save up your coins from defending gyms, of course.

The other important aspect to mention is that you can only buy a Team Medallion once every 365 days, or once a year. You need to be absolutely certain you want to change team because once you do, you can't revert that decision for an entire year. You don't have to use the Team Medallion right away though, because it wil just sit in your inventory until you've decided which team to join.

When you do change team, if you had any Pokemon in a gym belonging to your previous team, they will stay put until they get knocked out. You won't get any coins when they come back though, so it's a good idea to wait until all your Pokemon are safe and sound in their balls. You also can't then go and battle your own Pokemon just because they're assigned to your old team, so don't even try.

Which team is the best in Pokemon Go?

If you're wondering which team to choose in Pokemon Go because you're tired of repping the same colour for so long, it really boils down to whichever team your friends are on. Mystic are widely considered to be the most popular team, closely followed by Valor with Instinct way behind as notable underdogs. If all of your pals that you play with are on Instinct though, you'll have much more fun taking down gyms with players on the same team as you. Not to mention the bonuses you receive in raids when the majority of players are on the same team.