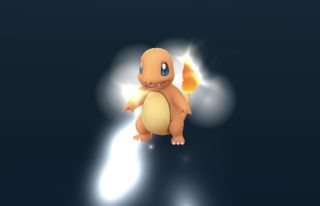 It's a multistage process where you have to fight Team Rocket in a Trainer Battle like encounter, capture their Pokemon and then purify them. Or not. If you think the evil version looks cooler then keep it that way. It's totally up to you. They're probably not suffering. Maybe. Read on for everything we know about how to purify shadow Pokemon in Pokemon Go, and what exactly that does.

How to purify shadow Pokemon in Pokemon Go

If you're unsure exactly on what a Pokemon Go shadow Pokemon is, make sure you click the link and read our guide on what that means. When it comes to purifying shadow Pokemon, there's a couple of things to do first and remember.

Before you purify a shadow Pokemon, firstly make sure you appraise it and check the IV. Purifying a shadow Pokemon will add two points to each IV stat, so if you have a 13/13/13 shadow Pokemon, after purifying it, you'll be left with a 100% IV Pokemon. On the other hand, if your shadow Pokemon has a rubbish IV, you may not want to purify it because let's be honest; shadow Pokemon look truly badass. Just look at my Charizard above!

Along with the IV boost, the purified Pokemon will also get a big CP increase, and it will be slightly cheaper to evolve to the latter evolutions since you already spent a few candy on purifying it. The downside to purification is that it will learn Return, which is a normal-type charged attack which unfortunately, isn't very powerful. They also have a subtle glow, though it doesn't look anywhere near as cool as the purple mist surrounding shadow Pokemon.

To purify a shadow Pokemon, once you've actually caught one by defeating a Team Rocket GO Grunt, you need to find it in your Pokemon list. Searching for "shadow" works, as does "purified" after you're done.

Above the options to power up and evolve the Pokemon, is a Purify button. It will cost a few thousand stardust usually, along with a couple of candy specific to that Pokemon, but as long as you've got enough, you can press it and convert your shadow Pokemon into a purified Pokemon.

That's all there is to it; a simple process to purify your shadow Pokemon and the end result is a Pokemon with increased stats, but a less powerful charged attack than the normal variant. If you're an ultimate collector, aim for collecting a shadow, purified, shiny, and normal version of each Pokemon. Good luck defeating Team Rocket!