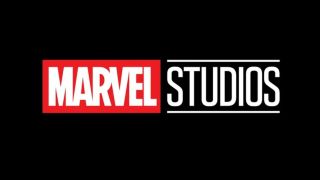 There were whispers, but we never thought the Marvel SDCC 2019 panel would be this packed with new MCU movies. Marvel Phase 4 has expanded in a big, big way.

Let's run though all the newly announced movies first *deep breath*: The Eternals, Black Widow, Shang-Chi: And the Legend of the Ten Rings, Doctor Strange in the Multiverse of Madness, Black Panther 2, Guardians of the Galaxy 3, Thor: Love and Thunder, Captain Marvel 2, Blade, and Fantastic Four. Holy shit.

The Marvel movies announced at San Diego Comic Con 2019, as expected, will make up Phase 4 – the first of which will be released in 2020. The last confirmed date is late 2021, with multiple announced movies currently remaining undated.

Understandably, with only the Black Widow movie currently filming, not a great deal of footage was shown off. We got some logos and casting announcements, but nothing else in the way of trailers (those in Hall H were treated to a brief Black Widow trailer).

Of course, the MCU’s typical drip-feeding of information will do more than enough to sate our appetites for the next few years, especially with a slate as varied and ambitious as the one Kevin Feige presented at San Diego Comic Con.

The Eternals , which will be directed by Chloé Zhao, was the first movie to be announced and was given a release date of November 6, 2020. The cast includes Angelina Jolie, Richard Madden, Kumail Nanjiani, Lauren Ridloff, Brian Tyree Henry, Salma Hayek, Lia McHugh and Don Lee.

Then came Shang-Chi: And the Legend of the Ten Rings (February 12, 2021), complete with the revelation that the real Mandarin will feature in the film. Destin Daniel Cretton (who worked with Captain Marvel herself Brie Larson on The Glass Castle) has signed on to direct the movie. Tony Leung will play the villain The Mandarin in the movie, with Awkwafina playing a supporting role. Actor Simu Liu will play the eponymous hero.

The Doctor Strange sequel was next to be announced, and now has the official title of Doctor Strange in the Multiverse of Madness. That one arrives on May 7, 2021 and will also star Elizabeth Olsen. Thor 4, now called Thor: Love and Thunder, will be with us on November 5, 2021 - and will feature Natalie freakin' Portman as the female God of Thunder.

#marvel #sdccMay 7, 2021Doctor Strange in the Multiverse of Madness pic.twitter.com/lfAs5RApYMJuly 21, 2019

Finishing the main announcements came Black Widow, which will reach cinemas May 1, 2020. Scarlett Johansson returns as the ass-kicking super spy, with Florence Pugh joining the cast as Yelena, a "sister figure" to Natasha Romanoff, as well as Stranger Things actor David Harbour and The Favourite's Rachel Weisz.

Feige ended the panel with a series of shock revelations: the head of Marvel Studios said that Fantastic Four and Blade (starring Mahershala Ali as Blade) are in development, along with Guardians 3, Black Panther 2, and Captain Marvel 2. He also mentioned mutants, though added nothing else on the matter. And while nothing further has been confirmed, when Kevin Feige says that a Marvel movie is on the way then they are sure as hell locked in as MCU movies.

On the TV side of things, the Disney+ streaming service is looking stacked: Loki is coming in Spring 2021. WandaVision, which is set after Endgame and will feature a grown-up Monica Rambeau from Captain Marvel, will also arrive in Spring 2021. Finally, an animated What If series, featuring Jeffrey Wright as the voice of The Watcher, is coming in Summer 2021. The long-rumoured Hawkeye TV series, meanwhile, is set for Fall 2021