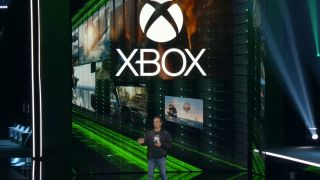 Head of Xbox Phil Spencer has reiterated that Xbox Series X won't focus on VR in a new interview.

Talking with Stevivor, Spencer was clear about what he thinks of VR, saying: "I have some issues with VR — it’s isolating and I think of games as a communal, kind of together experience. We’re responding to what our customers are asking for and… nobody’s asking for VR."

While Spencer wasn't pulling any punches with his assessment of VR, he didn't rule out that it might be appear on Project Scarlett one day. "The vast majority of our customers know if they want a VR experience, there’s places to go get those. We see the volumes of those on PC and other places… I think we might get there [eventually], but yeah, that’s not where our focus is.”

While it's not surprising that Spencer still isn't VR's number 1 fan - he's talked about how he doesn't think the technology is a 'now thing' - a recently unearthed Project Scarlett patent did hint at VR potential, with a "virtual reality floor mat activity region" mentioned within it. Could Microsoft be biding its time to see if VR becomes more popular? The launch of Half-Life: Alyx is certainly going to spark attention in the tech, but Spencer's claim that "nobody’s selling millions and millions" of headsets is pretty accurate.

With Scarlett due to launch towards the end of next year alongside the PS5, we'll learn soon enough about how definitive Spencer's words are.

If you're keeping an eye out for any VR headsets on the cheap, make sure to check our Black Friday gaming deals page.