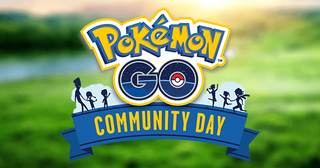 It's a brand new year but the Pokemon Go Community Day ploughs on as per usual, and the first event for 2020 has been revealed. After the last Community Day served as an extra long special featuring pocket monsters seen throughout the entire year, we're back to the norm for the next special Pokemon Go event. Here's all the details you need to take part in the Pokemon Go January Community Day to kick off 2020.

What is the Pokemon Go Community Day?

January’s featured Pokémon will be none other than Piplup, the Penguin Pokémon! https://t.co/d9NW6x5gaF pic.twitter.com/YWxKLsKkJtJanuary 8, 2020

If you're new to the world of Pokemon Go, the Pokemon Go Community Day happens once a month. Ordinarily, Community Day takes place on the weekend and has one featured Pokemon that appears everywhere for a three-hour period. That's on top of raid and Egg bonuses along with extra bonuses like double catch Stardust, double catch XP, and double hatch progress (halved distance) on Eggs placed in Incubators during the event.

Pokemon Go Community Day is a great time to walk around your local parks and towns and join other Pokemon Go players out for some fun. Plenty of raids will go down and there's a real sense of community about the place. If you've never taken part in one before, give it a shot!

The Pokemon Go Community Day for January 2020 will feature Piplup, the final one of the Gen 5 starters to have their own dedicated day. 2020 is the start of Niantic trying out a new schedule for Community Day though, so adhere to the following times if you want to go on a shiny Piplup catching spree:

You can see what the shiny Piplup family will look like in-game above. Unfortunately, the colour alteration isn't particularly high, with the usual dark blue being a much lighter shade. Empoleon ends up slightly darker, but it's not the most drastic of colour changes compared to some other shinies.

In addition to everything listed above, if you evolve a Prinplup into Empoleon during the event (and for an extra hour afterwards), it'll learn an exclusive move that it otherwise wouldn't be able to know. There's no word on what this move will be yet, but keep your eyes peeled because this four-hour window will be the only time you can get it.

How to prepare for the Pokemon Go Community Day

So, so many Piplup are going to appear this Pokemon Go Community Day, so while you'll still be able to catch the odd Pokemon of different species, you're going to want a lot of balls. Poke Balls, Great Balls, Ultra Balls - stock up as much as you can.

Don't forget about the bonuses! If there's an area you know that has a number of Pokestops in a small vicinity, stock up on a few Lures and throw them down, along with Incense and Lucky Eggs. Finally, make sure your incubators are free and that you've got enough available to hatch a bunch of eggs as you walk from Pokestop to Pokestop.