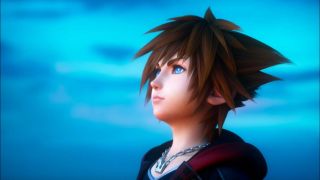 Kingdom Hearts 3 was a long time in the making, but now we have it in our hands and the opportunity to explore a variety of Disney themed worlds while taking on Organisation XIII with your favourite characters watching your back. As you'd expect from the series, there are plenty of activities to take part in and secrets to discover, with some of them being particularly tricky to track down. That's where our complete Kingdom Hearts 3 guide comes in, giving you all the help you need to see you through to the conclusion of the game. From photo missions and Lucky Emblems locations, to keyblades and constellations, we've got everything you need to succeed in this Kingdom Hearts 3 guide.

Want to know what we thought about the game? Then check out our Kingdom Hearts 3 review or watch the video below:

Before we get into the nitty gritty of the various collectibles in Kingdom Hearts 3, we thought you might want some more generic, beginner-friendly Kingdom Hearts 3 tips to get you started. They cover things like how best to use Donald and Goofy, what to buy from the Moogle shops and more, and hopefully you find them as helpful as we have.

Possibly the biggest, and probably most adorable, collectible in all of Kingdom Hearts 3 are the Hidden Mickeys. Introduced just after you get your mitts on the Gummiphone, the Kingdom Hearts 3 Lucky Emblems (as they're officially called) are Mickey Mouse-shaped icons hidden seamlessly in the various environments you traverse in the game. And with over 90 to collect, you are definitely going to need to Google this one.

As you play through the first world, Olympus, you'll spot that there are little Hercules dolls everywhere. What is he, some kind of Avenger? But you'll soon find a young lad who's lost his collection of Kingdom Hearts 3 Golden Herc figures, and it's up to you to round up all five and return them to him.

This guide is proof that Kingdom Hearts 3 is just the right kind of bonkers, because it turns out to earn yourself the Flanmeister trophy on PS4 or achievement on Xbox One, you'll need to defeat seven Flans - also known as the Flantastic Seven. Here is a guide to the Kingdom Hearts 3 Flanmeister award and all the Flan locations.

Moogles are the adorable little shopkeepers of this Disney / Square Enix adventure, but they also love a good Instagram shot. Hence why they set you off on various Kingdom Hearts 3 photo missions, asking you to snap a pic with your Gummiphone of their desired subjects. Demanding, eh?

Where to find all the Kingdom Hearts 3 Olaf pieces, if you really want to build a snowman in Arendelle

Oh Olaf, just as you think he's got his sh*t together, he rock up in Arendelle only to find Olaf's got himself split into three separate pieces: head, body and… legs? You'll need to gather up the various Kingdom Hearts 3 Olaf pieces to put him back together again. Now where did he leave that nose?

Inside each of the worlds, you will find a strange star icon, which turn out to be the Battlegates. It's these that will present you with the Kingdom Hearts 3 Battlegates, one of the longest running Kingdom Hearts collectibles of all time.

How to find all the Kingdom Hearts 3 Constellations

The Gummi Ship is a huge part of your gameplay experience, and the fact that there are collectibles attached to it makes it even better. So start looking to the skies and seeing if you can find all the Kingdom Hearts 3 Constellations.

Kingdom Hearts 3 white crabs - How to find them, fully power up the Leviathan and earn that Dreadnought award

If you're not familiar with the Leviathan yet, you soon will be, as it's your ship in the Pirates of the Caribbean world of Kingdom Hearts 3. To get the Dreadnought award though, you'll need to find 1700 (yes 1700) white crabs to fully power it up. Thankfully, we've got these handy tips to help you find all those Kingdom Hearts 3 white crabs.

Those Heartless, they get everywhere don't they. Well, thankfully using the Leviathan you can sink 200 of their ships in the Pirates of the Caribbean to earn yourself the well-deserved Kingdom Hearts 3 True Captain award on PS4 and Xbox One.

Kingdom Hearts 3 Centurion award guide - How to get 12 million score on Verum Rex: Beat of Lead

In order to nab yourself that Kingdom Hearts 3 Centurion award on PS4 and Xbox One, you're going to need to rack up a whopping score of over 12 million in the Toy Box mini-game known as Verum Rex: Beat of Lead, so we've got some tips on how best to amplify your score.

Dancing isn't just for fun, it's also about scoring a tonne of points by twirling, leaping and generally prancing your way to victory. To earn the Kingdom Hearts 3 Festive Dancer award you need to score 70,000 points (or more) by dancing with Rapunzel and co in the Kingdom of Corona, but don't worry we've got some tips to help you out.

Kingdom Hearts 3 Shield Shredder award guide - how to get 600,000 score on Frozen Slider

Another Xbox One / PS4 award linked to a Toy Box mini-game is the Kingdom Hearts 3 Shield Shredder award. You'll need to get a 600,000 score or above in Arendelle's mini-game Frozen Slider in order to unlock it, so we're here with some tips on how to boost your points.

If you're visiting San Fransokyo at night then you'll have the opportunity to earn the Kingdom Hearts 3 Datascraper award, by flying around the city through rings to complete two tricky courses. We've got tips and advice to help you hit that A rank on both of them.

Wielding a giant key is great, but are you sure you've got the best one of them all? Well, don't fear, we've got an entire keychain full of the things and can definitively tell you that these are the best Kingdom Hearts 3 keyblades ranked worst to best.

How to get the Kingdom Hearts 3 Ultima Weapon

Of course, if you just want to skip to the Ultimate Weapon, then you need to know how to get the Kingdom Hearts 3 Ultima Weapon - follow our handy guide that'll tell you exactly how to craft it.

Where to find Orichalcum+ in Kingdom Hearts 3

Woah, woah, woah keen beans, before you can even craft that Ultima Weapon, you'll need seven pieces of the ultra rare metal known as Orichalcum+. It's a tricky little devil to get a hold of, but we've found all the Kingdom Hearts 3 Orichalcum+ locations in the game.

How to find all 23 Kingdom Hearts 3 Classic Kingdom games

There are basically a plethora of mini-games to indulge in within Kingdom Hearts 3 itself, but if you want to dive headfirst into a pool of retro nostaglia, you're going to want to find all 23 Kingdom Hearts 3 Classic Kingdom games. Not only do you get to play them all, but finding all 23 gets you the Classic Tone keyblade and nets you the Classically Trained trophy / achievement too.

Where to find all the Kingdom Hearts 3 ingredients

Adorable little chef, Remy, of Ratatouille fame is a greedy little so and so at times, and actually has a shopping list of 59 ingredients he wants you to find him. They are, of course, scattered across the various Kingdom Hearts 3 kingdoms, and it can be a struggle to find them all, especially if you want to cook all the meals and unlock the Cornucopia award on PS4 and Xbox One. So we've got a complete guide to where to find all the Kingdom Hearts 3 ingredients.

How to defeat the Kingdom Hearts 3 Schwarzgeist

If you want to get the Kingdom Hearts 3 Thermosphere award then you're going to need to take down the menace of the Ocean Between, aka the Schwarzgeist, with your Gummi Ship. But we've got some tips to help you out, so don't shake too hard with fear.

How to unlock all the Kingdom Hearts 3 secret endings

Once you've done aaaaall of the above, you might want to dive into the various unlockable endings available in the game. We've got the Kingdom Hearts 3 ending explained, but then there's also the epilogue and the secret movie to find. That's where we come in, so here's how to unlock the Kingdom Hearts 3 secret ending.

If Kingdom Hearts 3 doesn't float your boat, why not check out the other top notch new games of 2019 to look forward to?