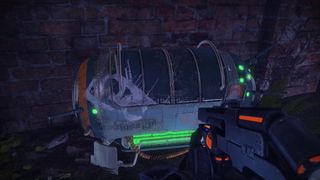 Even after two years of expansions and loot changes, the many varieties of Destiny 2 chests are still some of the best ways to get materials and other goodies. Whether it's checking off rare chests, cracking open Strike or Lost Sector chests, or nabbing normal planetary chests on your patrol route, opening chests is an easy way to make Destiny 2 more rewarding. With that in mind, we've rounded up the basics of Destiny 2's many chests, including where to find them and how to make the most of them, along with a more in-depth look at the chests on the game's core planets.

Types of chests in Destiny 2

These are the most common types of loot caches you'll find in your journey through Destiny 2. These chests are guarded by a particular kind of enemy and can look different depending on whether it's a Fallen, Taken, Vex, or Cabal stash. These chests spawn at random intervals throughout each zone. If the region you're in contains enemies, it's almost certain that there will be Enemy Chests nearby to collect. This type of chest will also spawn as a reward for completing a Patrol.

When traveling through Public Sectors, you may stumble upon Major and Ultra enemies. Sometimes these seem random and sometimes they’re part of a Secret Event. Either way, when they’re defeated, there’s a chance they’ll drop one of these Elite Chests. Bosses can also drop these, and they will typically contain better rewards than the crates that drop from lesser enemies.

These chests are the prize for clearing out a Lost Sector. To open them you’ll need first to defeat an Elite foe located somewhere in the sector. Taking them out will get you the code you need to unlock this chest. If you continue through the Lost Sector after looting the chest the first time and take out more enemies, you can return to the crate to get more items. The more times you return though, the poorer quality the loot will be. These chests should reset once a week, so come back often for more items.

Region Chests spawn in a set location and are typically hidden somewhere off the beaten path. They will usually have higher quality items than your typical Enemy Chest, and getting them the first time you hit a region is an excellent way to make sure you continue to get a good flow of improved weapons and armor.

After completing the campaign and receiving access to a particular location, Cayde-6 will offer you weekly treasure maps. Each map leads to a chest location which can be found by heading to the right area and solving the clues he provides. For all the info, check out our Destiny 2 Cayde-6 treasure chests location guide.