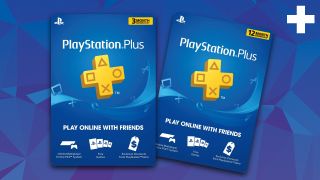 As Black Friday game deals start to speed up, Walmart are offering gamers eager for savings a chance to top their PS Plus subscription for just $49.99. There's been a whole host of PS4 Black Friday deals already this year, so it's no surprise to see that PS Plus membership is now getting a discount.

PS Plus offers value all year round, as you'll get two games a month as part of the service, with December's PS Plus games line-up officially announced yesterday, which includes the (rightly) beloved shooter Titanfall 2.

On top of that, a 12 month PS Plus subscription will also offer up exclusive discounts for you to use on the PS Store and the ability to play multiplayer games, such as Fortnite, Call of Duty: Modern Warfare, and more, online.

Considering the service usually retails for $59.99, this $15 saving is a more than healthy saving on a 12 month membership. Plus, if you're only halfway through a membership, you can hold onto your code and redeem it a later date, so there's no need to miss out on this saving if you've just started a new year of PS Plus.

Improve your PS4 gaming set-up by seeing what the current best gaming TVs are, before heading over to our every PS4 game Black Friday page to ensure you bulk out your pile of shame.

The best Black Friday game deals across the web (US)