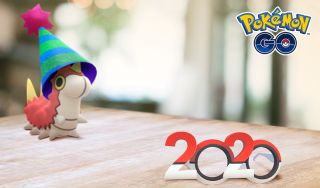 This is a Hatchathon after all, so there's plenty of emphasis on Pokemon Eggs. Two special Pokemon may hatch from 2km eggs: party hat Pichu and Wurmple. Pichu may also hatch from 7km Eggs. For wild spawns, we've got party hat Pikachu, which I dearly hope is based on the party hat Pikachu from Super Smash Bros. Finally, two-star raids will have a chance of featuring Wobbuffett or Shiny Raticate, both wearing party hats as well.

In addition to a shot at these special Pokemon, players will receive double Hatch Candy and Hatch Stardust throughout the event. The Adventure Sync reward this time around unlocks at 50km walked, and will net you 50,000 Stardust, 15 Rare Candies, and an Unova Stone used to evolve some Gen 5 Pokemon.