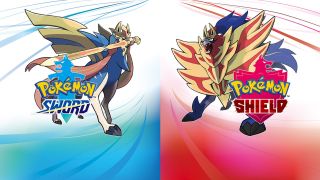 Discounts on Nintendo products are as rare as unicorns, which is why Cyber Monday is so special as there's actual cheap Pokemon Sword and Shield deals to be had. It may have only recently been released, but that hasn't stopped retailers from dropping the price on both the individual titles and their bundles. We've put together this guide to the best Pokemon Sword and Shield Cyber Monday deals, in order to bring you the cheapest prices we can find for the newest Pokemon game on Nintendo Switch from around the internet. Regardless of whether you're based in the US or the UK, take advantage of one of these deals and you'll soon be able to roam the new Wild Areas on your quest to catch 'em all, or get involved in Max Raid Battles to try and snap up a Gigantamax Snorlax (oh yeah, he exists). Here are the best Pokemon Sword and Shield deals we've found for cheap this Cyber Monday.

Make sure you check out all of our Cyber Monday game deals for the best bargains to find across the world of gaming, from accessories to consoles and everything in between.

Pokemon Shield and 6 months of Spotify| £36.99 at Currys
Get a copy of Pokemon Shield plus six months free to stream all the video game music you want on Spotify. This is a great deal that won't last long, so get on it!View Deal

Cyber Monday game deals from across the web (UK)