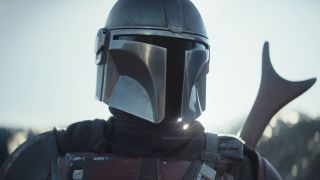 While we don’t have exact release dates for The Mandalorian season 2, Falcon and the Winter Soldier, or WandaVision just yet, we now have a launch month for each Disney Plus series. That’s thanks to Disney CEO Bob Iger, who made the announcement during a recent investor call.

The Mandalorian season 2 (aka the Baby Yoda Show) is fast becoming one of the most hotly-anticipated shows of the year. But it’s still several months until we get to see it. Iger confirmed it will arrive on Disney Plus in “October” but didn’t get any more specific than that.

But we can take a fairly educated stab in the dark. Each of Disney Plus’ big series so far – as well as most of Mando’s season one entries – have aired on Fridays. If that remains the case, we can expect the Mandalorian season 2 release date on one of the following days:

Meanwhile, Falcon and the Winter Soldier, one of two new Marvel TV shows previously mooted for “Fall 2020” (alongside WandaVision) has been moved up slightly and will premiere sometime in August. WandaVision will drop at the very end of the year in December 2020.

It’s set to be an exciting tail-end to the year for Disney Plus. No Mandalorian season 2 footage has been shown off just yet, but for the first glimpse of Marvel’s upcoming slate of shows, check out the Marvel Super Bowl 2020 trailer.

Discover everything coming to the streaming service in February with our complete list of what's new on Disney Plus.