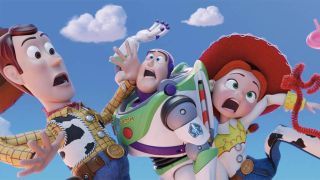 You ready? The list of new arrivals on Disney Plus this February has been announced. Planning on watching some Pixar? Stoked to see Star Wars? Or just want to rummage around in Disney's vault for some deep cuts? There's plenty here for you.

The full list of new Disney Plus arrivals – shows, documentaries, and movies – is waiting for you below but, first, let’s pick out a few highlights.

Disney Plus is sure to be your favourite deputy this month. Toy Story 4 is a-coming to the House of Mouse’s streaming service. Not only is the epilogue to Woody, Buzz, and Bo-Peep’s stories a worthwhile adventure on its own, it’s also a peek into what Disney Plus can offer moving forward: some of its biggest movies less than 12 months after release.

Star Wars: The Clone Wars is also coming to a close, with season 7’s premiere launching later in February. You can watch the new trailer now – as well as a look at a pretty incredible crossover cameo.

Finally, for something a little different: I Captured the King of Leprechauns is on its way in February. Never heard of it? Me neither. That’s why Disney Plus is so great. This obscure Walt Disney Presents episode features none other than a pre-007 Sean Connery.