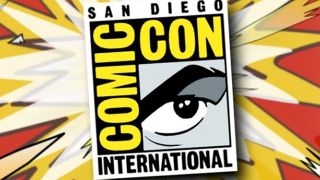 San Diego Comic Con is the biggest pop-culture event on the planet and this year looks set to be extremely exciting. Unfortunately, unless you have shelled out a few hundred bucks (and in some cases, flown halfway across the world) to be there, there’s a good chance you’re going to miss out on the best bits from each panel, booth, and special experience San Diego Comic Con has to offer.

That’s where we come in. Here’s our guide on how to get all the latest news from San Diego Comic Con 2019 without having to leave the comfort of your own home.

First, a word of caution: a lot of the exclusive panels, including the iconic Hall H, are not officially streamed, and while the panels usually end up on YouTube, the quality is often awful as Comic Con wants to ensure the exclusivity of the event. As such, it's hard to pin down exactly where and when you can watch every event – but we’ll do our best to help you avoid the missing out. And don't worry if you're busy/asleep while everything is going on as the GamesRadar, Total Film and SFX crew will be reporting on any and all of the big news, footage, and reveals coming out of Comic Con, so you won't miss a thing.

Thursday July 18 is when things kick off properly, starting with a panel on the forthcoming Terminator movie. That’ll be followed by plenty more exciting panels and the rest Comic Con has to offer every day up until Sunday July 21.

This is a tough one. There aren’t expected to be any official live streams of San Diego Comic Con 2019, with the majority of clips coming after the fact.

Marvel are likely to debut a few trailers from their upcoming Marvel Phase 4 announcement online following the event on Saturday. And AMC is bound to be showcasing The Walking Dead season 10 online as well.

The best thing you can do is make sure you're tuned into the GamesRadar, Total Film and SFX Twitter feeds. We have journalists on the ground who will be tweeting along with events, and news writers working their hardest to get you the news when it happens.

What can I expect from San Diego Comic Con 2018?