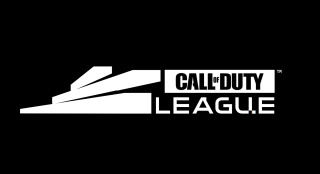 Two weeks ago, the COD League schedule kicked off with the opening weekend in Minnesota. All 12 teams in the league duked it out with Atlanta FaZe and Chicago Huntsmen finishing joint top while Dallas Empire and New York Subliners propped up the bottom of the table. If you're wondering how to watch COD League 2020 and tune in to all of the matches, you've come to the right place because we've got everything you need to know about Call of Duty: Modern Warfare esports here, including the COD League schedule, stream, and teams competing.

How to watch the COD League stream

If you're wondering how to watch the COD League, from the opening weekend to championship weekend, don't fret. You'll be able to catch all of the matches live over on the official Call of Duty Twitch page (also embedded above), along with the COD League YouTube page also streaming them live. If you miss any of the matches, check back to the YouTube page to see them all uploaded later down the line. As always, the COD League Twitter will be live tweeting results and updates too if you're unable to tune in.

First up is the schedule for the long awaited COD League. Starting today, January 24, and running until June 28 are 14 events – one hosted by each team – along with an all-star event and the final championship weekend. You can find every single upcoming event, along with how to buy tickets if you fancy attending in person, on the COD League events page. Each event will have different match times depending on the timezone it's being held in, so make sure you check each week and don't assume the next event will be the same as the last. Here's the complete list of COD League events this season with the host teams and dates:

Here's a quick look at all of the COD League teams, along with links to their complete rosters.

FaZe are still in competitive Call of Duty through an Atlanta based team, featuring Black Ops 4 beasts Simp and Priestahh.

One of the most stacked teams in the league, the Chicago Huntsmen have long-time COD legend Scump, ex-Halo pro Formal, and a number of other top players including Arcitys and Gunless.

Crimsix (now C6) and Clayster reunite on Dallas Empire after their dominant compLexity days, along with British legend Tommey and another ex-Halo pro, Huke.

With one of the best logos in the league, Prestinni is the standout name on Florida Mutineers, alongside some lesser known players like Havok and Maux.

The only team from the United Kingdom, the entire Royal Ravens roster is British – alongside Jurd, an Irishman. Brothers Skrapz and Wuskin feature, as do long-time players Rated and MadCat.

The first of two teams from Los Angeles, the Guerillas are one to watch with controversial pro Aches at the helm, followed by old names like Ricky and Saints.

One of the underdogs in the league, Rokkr are hosting the opening weekend and have players like Assault and Silly who are known to be able to clutch up when needed.

Another incredibly strong team on paper, the Subliners have the ability to dominate no matter who is playing; Zoomaa, Attach, Accuracy, and Zero are all capable of impressing. Not to mention the man, the myth, the legend, Doug "Censor" Martin.

A team embroiled in controversy, this once household name has fallen far going into Modern Warfare. Can a lineup featuring historic players like Jkap and Slasher, followed by young talents like TJHaly and Dashy win the fans back?

The only other team from Europe, Paris Legion are very multinational with some Australians in the form of Denz, Louqa, and Shockz, Zed from the U.K, two Americans in Kismet and Phantomz, and a Frenchman in Breszy.

Another team with some big names, Karma, Octane, and Slacked will likely be the three to lead the charge – or the surge – from Seattle.

Finally, the Toronto Ultra have one of the biggest rosters in the league with 10 players. Bance, Classic, Loony, and Methodz are four of the biggest and most proven players, but will having such a huge lineup be detrimental to their chances?

For more Call of Duty news, read about how Treyarch doesn't want to include jetpacks in the next instalment