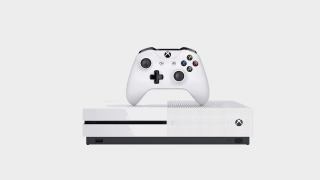 There's a ton of new games being paraded out later in 2019, and many of them will be making an appearance on Xbox One only – like Gears 5, which you definitely won't want to miss. This deal will ensure you're ready to go with a system of your own so you don't have to miss a single second of Lancer-driven combat.

Add an Xbox One S to your console collection for just $180 right now, one of the best prices we've seen this system going for in some time. You get $120 off its typical asking price of $300, which is fantastic bargain to say the least.

To snag this deal, you need to add the Xbox One S to your cart first, so Newegg will display the sale price. Then you can check out as usual. Newegg Premier users can get free 3-day or faster shipping.

The standard Xbox One S (not to be confused with the All-Digital Edition) is essentially the "budget" Xbox One. It comes packing a controller and an all-white body. While unfortunately it can't display games in 4K like its more powerful sibling, the Xbox One X, it can support 4K video.

If you're not concerned with visual fidelity while gaming so much as enjoying your favorite movies or TV shows, that's not a huge deal, considering it also does a great job of upscaling HD content you choose to play from a compatible TV. Otherwise, it's good to go to play any of those big-release games coming down the pipeline.

Want to make one of these systems yours? Be sure to hurry. The sale ends in just 10 hours from the time of this posting.

Microsoft Xbox One S is $180 at Newegg | save $120
The budget-priced Xbox One S gives you everything you need to enjoy the hottest new game releases and more, and this price is an absolute steal. View Deal

Build up your burgeoning Xbox One library by checking out our picks for the best Xbox One games out there. You can thank us later.