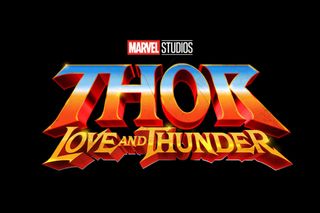 Thor: Love and Thunder has been announced at San Diego Comic Con 2019. One of a handful of new properties to arrive as part of Marvel Phase 4, Thor 4 will continue the story of Chris Hemsworth's God of Thunder post-Avengers: Endgame and also introduce a female Thor - played by none other than Natalie Portman. Tessa Thompson will also return as Valkyrie.

Taika Waititi will be back to direct the film, having also helmed Thor: Ragnarok. Waititi apparently moved on from his live-action adaptation of Akira to get to work on Thor 4.

Also at the Hall H panel, Marvel head Kevin Feige confirmed The Eternals, Shang-Chi and the Legend of the Ten Rings and Doctor Strange in the Multiverse of Madness will also make up part of Phase 4. The head of Marvel also announced a Blade movie, starring Mahershala Ali, and teased that the Fantastic Four are coming to the MCU. Read all about the Marvel SDCC panel here.