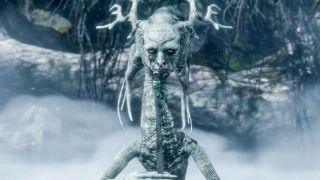 How to beat the Sekiro Old Dragons of the Tree boss

The Old Dragons of the Tree fight has a bunch of slow-moving dragons pottering about and occasionally spewing poison onto the floor around them. Keep an eye out for the movement of roots below you as that is the main way you can take damage here. If you use the tree that appears after this attack to perform an aerial deathblow on one of the dragons you will take out a large group of them. Brown dragons will eventually start to appear, simply avoid these ones while continuing the slaughter of the white ones. This will then lead to the Divine Dragon Fight.

How to beat the Sekiro Divine Dragon boss

This fight is all about the lightning counter. At several points, the dragon will blast you back with a huge gale, as you run toward it you will need to dodge the sword strikes in order to make it to the trees. Once you are at the trees you should notice that some are crackling with electricity, grapple to these to get hit by lightning. Then just lock onto the dragon and hit attack for huge damage.

Once you have done this enough the Divine Dragon will fall, then all you have to do is make your way up to its head and perform the final attack to gain its tears, the final ingredient needed to sever the immortality of Kuro. Both of these fights are fairly easy, but both are wonderful spectacles.