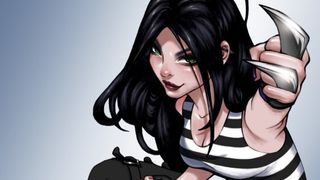 20th Century Fox's X-Men franchise is spinning off into new and exciting directions, and that includes the possibility of an X-Force movie starring a female version of everyone's favorite murderous Canadian, Wolverine.

X-Men: Apocalypse director Bryan Singer recently told Fandango that he pitched the movie and the female Wolverine angle to Fox some time ago. He also said that Simon Kinberg - writer and producer on X-Men: Days of Future Past and X-Men: Apocalypse, as well as producer on the upcoming X-Men TV shows, Hellfire and Legion - is in the early stages of developing a script.

A female version of Marvel's famous mutant might be surprising, but it shouldn't be. A character by the name of Laura Kinney, AKA X-23, is a female clone of Wolverine that's been around since 2004. She's appeared in several series, had one of her own under the X-23 brand, and currently stars in All-New, All-Different Wolverine, as well the All-New X-Men comic series.

With the upcoming Wolverine 3 set to be Hugh Jackman's last turn as the character and X-23 enjoying prominence in Marvel's publishing, now would be the time to capitalize on the idea of a female Wolverine. And if casting call rumors are anything to go by, we may see Logan's clone sooner rather than later.