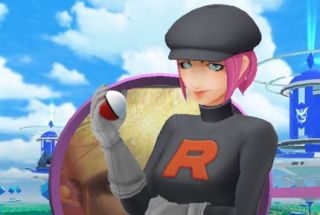 The first thing you need to know is how to find Team Rocket in Pokemon Go. Essentially, they're invading Pokestops all around the world, but they're not particularly easy to find. On the map, look for any Pokestop that appears to be shaking or trembling, with a slightly darker shade of blue. You can spot them from afar, and when you get close enough to spin the stop, a Team Rocket Grunt will appear and confront you. Battle and defeat the Grunt, and you'll be given some Premier Balls - similar to how a raid works - in order to catch a Shadow Pokemon they've left behind.

Shadow Pokemon are essentially corrupted versions of normal Pokemon that have the charge move Frustration, and significantly lower CP than usual. Above the option to evolve it and teach it a new move, Purify will be available. The cost for this is different depending on the Pokemon, but it usually only costs a few thousand stardust and a couple of candy. Purifying shadow Pokemon means that the resulting CP will be considerably higher, but of course they lose the badass purple smoke and red eyes. Find out more in our guide on how to purify shadow Pokemon in Pokemon Go and visit our Pokemon Go shadow Pokemon guide to see the complete list of shadow Pokemon in the game.

Thanks to this Reddit post from user Hat_Function, there's a lot of other tidbits of information that will come in handy when trying to stop the scourge of Team Rocket.

The Pokemon Go Team Rocket invasion was only recently added to the game, so we'll continue to update this guide as we find out more. Until then, good luck stopping Team Rocket!