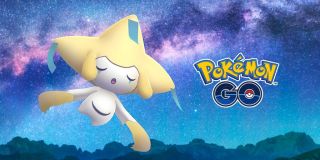 Nothing too taxing to kick things off, but finding three new friends could be a struggle if all your mates already play. The /r/PokemonGoFriends subreddit can be a good resource for this, but as always, stay wary when adding people from the internet!

Whismur seems to have increased spawn rates at the moment so that shouldn't be too difficult, and don't forget that you need to walk with a Feebas for 20km before you can evolve it! The Gold Hoenn medal requires you to register 90 Pokemon first discovered in the Hoenn region to the Pokedex, which is the third generation so if you haven't already completed that, it shouldn't take much longer to complete.

Loudred is the evolution of Whismur so if you pop a few Pinap Berries when catching them in stage two, you should have enough candy to evolve it if you don't already. As for making three great throws in a row, just make sure the circular catching zone has shrunk to about halfway before throwing, as you can only get a nice throw if the circle is too big.

Powering up Pokemon and sending gifts is easy, but catching 50 Psychic- or Steel-type Pokemon? That's somewhat tricky and time consuming. Some common Psychic Pokemon you can hunt for include Natu, Meditite, Spoink, Abra, and Mr. Mime (in Europe), while Magnemite and Aron are two easy to find Steel-type Pokemon. If you have Pokemon Let's Go, consider activating your Mystery Box in Pokemon Go to spawn a horde of Meltan, because the Steel-type Mythical Pokemon from Gen 8 should count towards the challenge too.

Stage five is more grindy than anything else. Grab a friend with an hour to spare and defeat them seven times, then let them do the same to you in order to get through that challenge the quickest. Five raids is a massive pain for anyone who doesn't raid often, but it can be done if you find your local Pokemon Go group and attend a few of the meetups. If that's not possible, scour for one and two-star raids to be able to solo them.

Hang on to five of the 50 Psychic- or Steel-type Pokemon you caught in stage four to take a photo of them. As for three excellent curveball throws... the only tip for this one is to practice your curveballs at every possible opportunity. Pokemon that are stood much closer to you in the catching process are the easiest to do this on like Snover and Aipom, but it's still a challenge to complete. Just keep trying and eventually you'll be able to complete it.

Nobody has made it to stage seven yet so we can't confirm the exact tasks, but the one thing we do know is that the reward is a Jirachi encounter! If you've already got Jirachi from Pokemon Go Fest, unfortunately you won't get a second one. Instead, you should receive 40 Jirachi candy.