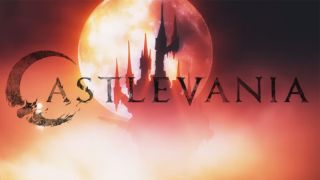 What is a man but a miserable pile of secret Netflix binges? Get ready to mark July 7 on your calendar, as that’s when the Netflix Castlevania series drops. They’ve even marked the occasion in style with a wonderfully 80s-style trailer, featuring blowing into cartridges, low-res versions of your favourite Netflix shows, and more Gothic gore than you can shake a whip at.

In darkness, a hero returns. Castlevania comes to Netflix July 7. pic.twitter.com/mTOEaiq2j324 May 2017

If you ever wondered what Netflix would look like on a NES, then you’re in luck. House of Cards, Orange is the New Black, and Narcos get the 8-bit treatment (after some blowing into the Netflix cartridge, natch) before the main event: Castlevania.

“There is a darkness upon the land,” so goes the voiceover. Just in case you weren’t sure how dark, we’re treated to a skeleton graveyard, plus a frenzy of blood and supernatural battles before being introduced to Simon Belmont, the man who’ll “kill Dracula.”

I don’t know about you, but this is going to be my next big watercooler Netflix show. It looks in-freakin’-credible. I just hope Netflix have included an option, midway through, to turn the screen upside-down.