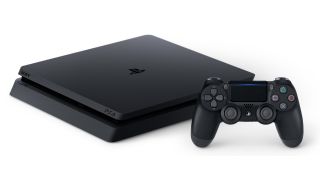 Update with UK deals: Sony has announced a selection of UK deals for its big Days of Play sale, and some of them are quite nice. If you've been waiting to pick up a PS4 or PS4 Pro, check these options out.

This is probably the best way to get into PS4 that Sony has ever put together - an ace price for a console and one of PS4's best games, all in one package. But if you want this deal, you'd better hurry - it's only valid on June 9 or until stocks run out.

If you want more power under the hood, this is a great deal too. Not only do you get a PS4 Pro and the best poster child for its improved visual performance yet - Horizon: Zero Dawn - you get two other Pro-enhanced PS4 titles as a bonus.

If you want to get started with PlayStation VR, this deal will cover all the basics and give you a few games to play to boot. Don't forget to pick up some Move controllers for the best experience as well.

View deal: PlayStation Plus 12-month membership for £29.99 at Amazon

Even if you already have an active PS Plus membership, you might as well take this chance to stack up some more months at a nice discount.

Original story with US deals

Sony will kick off E3 2017 right with a sale on PlayStation products throughout North America, including that ritzy gold 1TB PS4 for a very un-ritzy price. The "Days of Play" promotion will bring price drops to hardware, accessories, and even games from June 9 through 17. Here's what you can get so far and stay tuned for updates:

Not only is this an all-new color variant, it's the lowest-ever price for a 1TB PS4 console. It also includes a matching gold DualShock 4 controller, naturally. The package doesn't come with a game but at least you can store plenty of downloadable titles on that big ol' hard drive.

Horizon: Zero Dawn, Nioh, and MLB: The Show will all be $39.99 throughout the promotion, a saving of $20 off their normal sticker price. Not bad! Sony says other older titles may be on sale as well, depending on the retailer.

Need another controller? Pick one up for $39.99, no matter the color. If I didn't already have five of the damn things I would definitely grab an extra one. This is a $20 savings.

Pick up the standard jet black PS4 headset for a $20 savings. I hear these things are pretty nice. Get it, hear? Because it's a headset. Sorry. It also does voice chat.

These deals are only valid for North America. Europe will get its own Gold PS4 bundle starting on June 28. A silver version is coming the same day which - I'll be honest - looks way nicer than the gold one. No word on when we'll get the silver PS4 in North America.

Check out our roundup of the best cheap PS4 and PS4 Pro bundle deals for more savings.