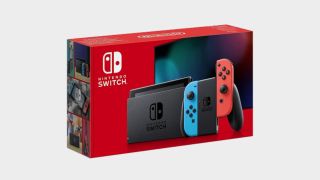 Truth be told, the Cyber Monday game deals are no longer confined to a single day, but spillover into the days and weeks well into Christmas and beyond (lest we forget the Boxing Day and New Year sales...), meaning that you're never too far away from a great offer, so long as you know where to look.

How about these selections of attractive Nintendo Switch Cyber Monday deals from Best Buy, for instance,  which bundle together both the standard and Lite models of Nintendo's console alongside carry cases and a decent Nintendo Switch SD card deal too.

Nintendo Switch Lite (Grey) with Carry Case and 128GB SD card | $254 at Best Buy: Prefer to game on the go? This Switch Lite bundle has you coveredView Deal

You'd be hard pressed to do better than these sets of best Nintendo Switch bundles, which cut a substantial amount of dollars off the RRP of both the standard and Lite models of the award winning console, putting several peak Black Friday sales to some shame.

Plus, those carry cases, SD cards, and starter kits are nothing to be sniffed at either, setting you up perfectly for years of gaming on the go. Why not check out some of the best Switch exclusives to see what games to start with once you've completed your order?

Check out what other deals are still available right now, including those still spilling over from the Black Friday and Cyber Monday extravaganza via a number of retailers online: