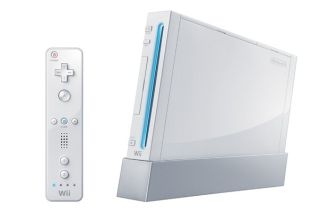 We joke about Wii now. Oh, the waggle! Oh, the dumb mini-game collections! Oh, the Ninjabread Man. Years after Nintendo’s gamble on unusual controls and underpowered hardware dominated the video game world in terms of sheer popularity, the machine really does seem like the fad that so many people said it would be. We do the Wii a disservice, though, by laughing at it. Yes, the motion controls were not everything they could have been and good games were drops in an ocean of cash-in shovelware the likes of which hadn’t been seen since the Atari 2600 days, but its best titles were immortal. Super Mario Galaxy’s dizzy glee, Wii Sports’ elegant simplicity, the bananas slapstick of WarioWare Smooth Moves; the Wii’s best transcended the console’s gimmicks. The games were there, but Nintendo’s little box didn’t exactly make it easy to get to them. Even the people who absolutely loved the Wii will be familiar with these problems.

Cleaning out the Virtual Console fridge

The promise of the Virtual Console remains exhilarating even now, a legal, digital dispensary for games both famous and obscure from a litany of gaming hardware. Want to download Super Mario Bros. 3 for NES, the arcade version of Golden Axe, and a copy of Pokemon creator Game Freak’s Pulseman for Genesis (which costs hundreds of dollars if you can find it) all at the same time? You can… provided you still have space for it. The Wii may have had Nintendo’s best digital game selection--Wii U and 3DS have never been able to match its sheer selection and breadth--but it didn’t have the storage to serve it with just 512MB of internal memory. By the time original WiiWare games like Lost Winds and Mega Man 9 started arriving, downloading a single game meant you’d have to go through and delete almost everything installed. Nintendo itself described this as cleaning out your refrigerator.  Eventually a new version of the Wii firmware let you play games straight from an SD card, but for years, extra storage could only be used to store games that would have to be reinstalled to the Wii’s internal drive.

In a post-Snapchat world, the Friend Code seems impossible. So terrified was Nintendo of going online--thus opening them up to the perception that they were exposing children to the dangers of the internet--that they instituted one of the most arcane networking solutions ever in an entertainment device. In order to play games online, you have to get a unique 12-digit code on your machine, send it to a friend, then write down theirs and enter it in your machine. That’s for every single game. A Mario Kart Wii code is distinct from a Super Smash Bros. Brawl code. That’s in addition to exchanging basic Friend Codes so you can send each other Miis and messages. The Friend Code system isn’t welcome but it’s at least forgivable with portables like Nintendo DS because you can enter a code on the spot in person. With a console connected to your TV? The easiest way to exchange codes back in 2006 was on a forum or by email… which means you’re already talking to people on the damn internet, Nintendo. Awful.

When Satoru Iwata first showed off the Wii remote in 2005, long before we even got a look at a running Wii game, its potential was intoxicating. Imagine swinging Link’s sword with your arm! How young we were; no one knew that not only would the Wiimote’s limited gyroscope not be able to mimic movements precisely early on, exact motion controls aren’t fun outside of very specific games. Eventually the Wii Motion Plus, an add-on that plugged into the bottom of old remotes, and a Wii Remote Plus with the tech integrated right in gave us the 1-to-1 control we dreamed of in games like Wii Sports Resort. Except not really because while you could throw a dog a frisbee with the same arm motion as a doofy college kid playing Ultimate, the controller’s gyroscope would need to be reset just a minute later. This meant unstrapping the damn thing, setting it down on a flat surface, waiting for it to figure out what’s up or down, then starting all over again until the next recalibration. This is why people groan at the idea of replaying Zelda: Skyward Sword. Fi nattering on about dowsing rods? Not a problem. Having to put down the controller every ten minutes so Link’s sword actually works? Annoying.

Nintendo has a fairly good track record with durability. The Nintendo DS and 3DS hinges can crack, disc drives can fail, but by and large their machines are built to last. The build quality of the Wii remote was never the flaw in its design--user stupidity was. Within a week of the Wii’s release, people across the land were complaining to Nintendo that they’d broken either their remotes or their televisions because they were whipping the damn thing around like a blood lust-crazed viking. A revised version of the controller’s wrist strap wasn’t enough to stem the tide. Eventually all Wii Remotes came in a ribbed sleeve that looked like a loner from the Family Planning section of CVS. It also didn’t help with the Wii remote’s naturally sweat-inducing plastic surface, instead making it worse. Thanks, Nintendo. I always wanted to be gripping a wet, rubber cylinder while trying to play Cooking Mama.

Later versions of the Wii sadly lost one of the console’s best features: complete backwards compatibility with the Gamecube. Every game, every controller, and even those lovely bongos for Donkey Konga plugged right into the console. Unfortunately, using the ports for plugging in those controllers and memory cards meant fidgeting with the fragile panel doors hiding them to maintain the Wii’s slick design. The Wii itself could take a beating and keep running, much like the Gamecube before it, but those panels snapped off all too easily. A small price to pay for all those sweet Super Smash Bros. Melee and Soul Calibur 2 tournaments.

The Wii was designed to be more than a gaming device, aiming to be an all-encompassing lifestyle machine. It had a weather channel! Fitness games! A way to send messages to friends along with a cute little doll version of yourself in the form of Miis! And had it been released in the year 2000 rather than in 2006 right before smartphones took over the world rendering all of its comparatively cumbersome lifestyle features moot, maybe it would have actually served those ambitions. Instead, the Wii felt like an anachronism almost immediately, and an irritating one at that because of how it alerted you to lifestyle updates. If you received a message from a friend or the Wii’s firmware needed to be updated, a stark blue LED light surrounding the disc drive would start pulsing. It wasn’t subtle. Walk into your living room at night after you received a Wii notice, and the LED lit up a darkened room like a sad, quiet rave. Someone at Nintendo probably thought it was super cool. It wasn’t.

Waggle in games that are perfect without waggle

Donkey Kong Country Returns was one of the last great Wii exclusives, a distinguished platformer on a console already glutted with high quality games about running and jumping. Metroid Prime creator Retro Studios took the moribund series and made it their own with a sprawling campaign rife with artful set pieces. It was also hard, but ultimately way harder than it had to be. Like so many Wii games before it, motion controls were needlessly tacked onto Donkey Kong Country Returns, forcing you to shake the controller to perform essential maneuvers to pull off precision jumps. Motion controls being directly opposed to precision, this made playing Returns a crapshoot. What’s more, there was no option to turn them off. It was hardly alone, though. Skyward Sword, Metroid Other M, and even Super Mario Galaxy are just a few of the games that suffered from an insistence on using the Wii Remote’s signature feature even though it detracted from the game itself. A 3DS port of Returns yanked the motion controls out and ended up the definitive version of the game.

Looks crappy on HDTV even with component cables

Nintendo wasn’t necessarily wrong to release a game console built for standard definition televisions in 2006. Microsoft and Sony were chasing the HD dream with Xbox 360 and PS3, but the market for HD televisions simply wasn’t there yet. TVs that only output in 720p were prohibitively expensive at the time so serving people with a cheap game console that looks just right on a 4:3 CRT with progressive scan was just fine. At first. As the years went by and more people adopted HD televisions, they made the painful discovery: even with component cables outputting Wii games at 480p, they looked pretty fugly on a modern flatscreens. The component cables helped of course. The Legend of Zelda: Twilight Princess looked like it was made out crumbled Fruit Loops connected to an HD set using the Wii’s included composite cables so even the mild upgrade was welcome. Anyone with Google knew, though, that it didn’t have to be this way. The unofficial Dolphin emulator, created in 2003 to play Gamecube games on PC, was running Wii games by 2008 and showed off just how wonderful games like Super Mario Galaxy looked in 720p and up.

Wii couldn’t lord graphical or audio tech over its competitors, but it certainly trounced them in terms of industrial design. Where the Xbox 360 and PS3 were hefty blocks that dominated an entertainment center, Wii was a sleek brick that could slot in almost anywhere. It even included a stand so it could be propped up vertically, swallowing game discs with no need for an ejectable tray. The disc slot, meanwhile, couldn’t sense whether your game was facing the right way so it was all too easy to slide that copy of Kirby’s Epic Yarn in backwards without realizing. The moment of ensuing panic--is my Wii broken, is the game scratched, what’s happening, oh god--quickly vanished, but it was still irksome.

The perception that Wii doesn’t have any great games

The accusation against Wii from from day one was that Wii didn’t have any real games, that it was all cash-ins like Carnival Games. Admittedly, there were literally hundreds of trashy cash-ins on Wii, but anyone who thought there weren’t fascinating games to play wasn’t looking hard enough. By the time Wii U came out in 2012, Wii had become a home for some of the wildest adventures and experiments around. Elegiac fantasies like Fragile Dreams sat next to crazy party games like Boom Blox right alongside gory satires like Platinum’s Madworld. Developers who came to Wii could afford to invest in strange ideas because development was so much cheaper than on the HD consoles where creative costs were bankrupting studios left and right. The unfortunate reality for creators working on Wii, though, was that no one was buying. Those parents who came on board for Wii Fit and Just Dance didn’t think to keep buying games like Zack & Wiki, while enthusiasts had already turned up their noses. Like the Gamecube before it, only a small, devoted audience actually turned out for the variety of unusual experiences on the device. While the developers weren’t always compensated properly, the audience certainly was.