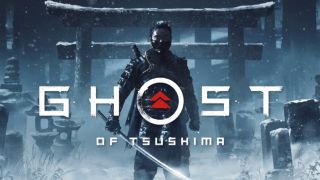 Now that we've been given a release date and more info on the game itself thanks to this year's last State of Play, putting down a Ghost of Tsushima pre-order is becoming mighty tempting. The most important thing to note down is the release date of.........Summer 2020. I know, it's that 'specific'. However, while we wait for an exact date, you can actually execute a Ghost of Tsushima pre-order.

If you're tempted by the trailers, it's worth putting in a Ghost of Tsushima pre-order sooner than later. And although your attention may be firmly set on Last of Us 2 pre-orders, this isn't a game you'll want to miss. Created by Sucker Punch, the team behind inFamous and Sly Cooper, this new open-world adventure takes place in feudal Japan and tasks you with holding off hordes of Mongol invaders. Doing so won't be easy, either; you'll need to learn "the way of the Ghost" to get the upper hand in what looks to be a drop-dead gorgeous battle for survival. Those stunning visuals are almost certainly thanks to the PS5, of course - that new console will be capable of ray tracing and blindingly fast loading (which gives us a better idea about the PS5 price, by the way).

The regular version is the only variant currently up for pre-order but we'd put money on the fact that there will be more announced soon - particularly in the New Year. We'll update this page as soon as we spy more versions and any benefits you can get with a Ghost of Tsushima pre-order.

Get the best Ghost of Tsushima pre-order deals

All the normal players in the retail game are jumping on board with the Ghost of Tsushima pre-orders now. Also, as it is a very hotly anticipated PlayStation exclusive, any more unique or special versions that appear will likely have fluctuating stock levels. Therefore, we would recommend you don't get put off by placeholders at retailers if you find any. All the links below go to the right pages and hopefully we'll see stock levels maintained in the run up to the release date. However, as we said above, it's only the regular version (seemingly) that 's available for pre-order and the links below will get you in the right place.

Pre-order Ghost of Tsushima in it's most straightforward form with the standard edition. Lovely. If there's a reveal of any pre-order bonuses, we'll update you with that information right here.

Getting the most out of your Ghost of Tsushima pre-order

Naturally, the best way to enjoy you're Ghost of Tsushima pre-order is going to be with the most optimal PlayStation setup as you can possibly manage. This means you'll want to peruse the best PS4 Pro deals to get the best out of the game's visuals. To enhance this further, it might well be worth considering one of the best gaming TVs to soak up every detail and shade of those environments as well. And finally, ensure you have a gaming sound system that will fill the room with the game's audio or go for one of the best PS4 headsets.