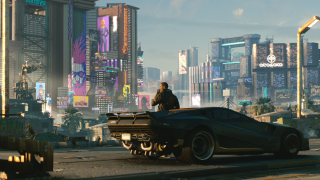 One of the most exciting releases of 2020 is undoubtedly CD Projekt RED's upcoming Cyberpunk 2077, and you can get it for a great price right now ahead of its debut.

Walmart's Cyberpunk 2077 deal has the game at $10 off its retail price for pre-orders already, so you can go ahead and snag a copy long before it ever releases. At this price, you also get free 2-day delivery so you can get into exploring the massive Night City even sooner.

We recently had a much lengthier look at what promises to be another exciting entry in the CD Project RED catalog out of E3, where it was revealed during the Xbox Press Briefing that none other than Keanu Reeves would be making an appearance in-game as the punk rock badass Johnny Silverhand, among other intriguing details that we can't wait to take for a spin.

The game has finally been dated for release on April 16, 2020, and while its Collector's Editions are selling like hotcakes, you can still lock in a pre-order for far cheaper than any other retailer is offering right now.

Cyberpunk 2077 | $49 (save $10)
Explore a massive futuristic metropolis in Night City as you take on the role of protagonist V in one of CD Projekt RED's biggest undertakings yet. View Deal

Planning on marathoning Cyberpunk? You'll need a new controller. Check out our picks for the best PC controllers out there. While you're at it, take a look at options for the best gaming mouse, too.