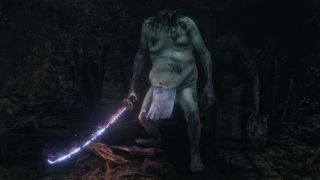 There's five Sekiro Headless boss locations to find in total, which makes it the most common boss in the game, despite how hard some of them are to find. Each one rewards you with a Spiritfall, which are items that are infinite use versions of the Sugars (Ako, Gokan, Gachiin, Ungo, and Yashariku) in Sekiro. Three of these fights are normal battles, two of them are underwater. Surprisingly, the underwater battles are actually far easier due to the lack of miasma emanating from them. The Sekiro Headless locations for them are as follows but keep in mind that the latter three all require you to have gained the Mibu Breathing Technique:

How to beat the Sekiro Headless boss

For those above ground, you will need Divine Confetti and perfect parry skills. While each strike from them does deal terror even if deflected, it is significantly less if your timing is correct. The main attack to watch out for is the teleport into grab attack, this should be dodged away from.

Whenever the Headless teleports it will appear behind you, you can actually slash at the air for some free hits. It is definitely worth taking some Pacifying Agent with you in order to reduce terror build up as well. Despite how hard the Headless looks and feels if you stand your ground it isn’t all that tough. If you are comfortable just parrying then you don’t need to use the Divine Confetti, though it will speed the fight up.

It is also possible to cheese this fight by simply getting behind the Headless. The AI will cause the thing to turn to face you, you can hit it once and then get behind it again if you are quick. You can repeat this until it is dead. Just make sure you are using the Divine Confetti.

For the underwater Headless the strategy is very different. Surprisingly, the answer is to take the fight to the beast as quickly as possible. Stay in melee range and just keep attacking. If the unblockable attack or the spell is about to be cast then dash behind it and continue the assault. It is well worth using the Mottled Purple Gourd before the fight to ensure your survival.