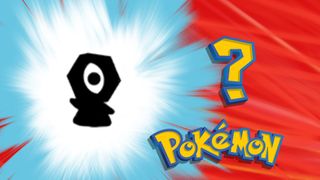 A brand new Pokemon - perhaps even an entirely new generation of Pokemon - may have just leaked courtesy of Pokemon Go. PoGo community member Chrales tweeted a sprite of the potential new pocket monster, which was identified in leaked network traffic as Kecleon:

Longtime fans may be lifting their finger in protest, about to point out that actually, there's already a Pokemon known as Kecleon. And they're right! There is, but the existing Kecleon looks nothing like this (which means this new 'mon is likely not a variant of the one true Kecleon), and as Chrales points out in a follow-up tweet, the sprite's actual files designate this strange-looking beast "Pokemon 891".

some more info about the kecleon "error"it's labeled as kecleon in pokémongo but unity files are tagged with pokémon 891September 21, 2018

Currently, the encyclopedia of all known Pokemon, the Pokedex, ends at entry #807. This has led to speculation the new Pokemon is part of an as-of-yet unrevealed Gen 8, which would theoretically feature at least 84 more Pokemon being added to the Poke-universe.

Another theory is that this is the "special Pokemon" you get for pairing Pokemon Go with Pokemon Let's Go Pikachu / Eevee, originally teased at the end of the Pokemon Let's Go reveal trailer. A tweet from the official Pokemon Twitter account confirmed said mystery 'mon would be one that players had never seen before, so it seems possible.

Still, that's a lot of conclusions to jump to based off two images of what basically looks like a grey Ditto with a nut for a head, so use Take Salt as you process your feelings on this (feel free to forget Splash if you need to).