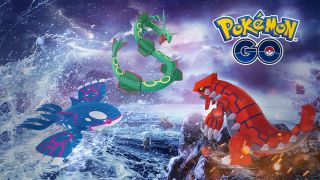 As time goes on, more and more Pokemon Go legendaries are added to the game. We're in the midst of Gen 5 and we've already seen Terrakion, Cobalion, and Virizion introduced to Pokemon Go, so soon enough we'll surely see Zekrom and Reshiram, right? This guide to all of the Pokemon Go legendaries details every single one in the game so far, so you know which legendary Pokemon you still need to seek out and which ones aren't in the game yet.

Mew was the first legendary Pokemon available via special research, in a quest line called "A Mythical Discovery". This is the only way to obtain Mew, and you can read more on that with our how to catch Mew and Mewtwo in Pokemon Go guide.

Celebi is also now available through the "A Ripple In Time" special research quest. Just like Mew, you need to do a series of potentially lengthy tasks, which we've covered in detail here: how to catch Celebi in Pokemon Go.

You can get Jirachi too if you complete the special research called Pokemon Go A Thousand Year Slumber. First introduced during Pokemon Go Fest 2019, we've got a guide on how to complete all of the tasks.

Technically, Meltan and its evolution Melmetal are mythical Pokemon instead of legendaries, but for the purposes of this guide, they count as legendaries. We've covered how to catch Meltan in Pokemon Go and Pokemon Let's Go but the basic gist of things is that you either need to transfer a Pokemon from the former to the latter, to receive Meltan in the former, or complete the special research called "Let's GO, Meltan.

- It’s disappointing but don’t expect to catch on your first Raid. The catch rates differ per Legendary but the odds are not high.

- Increase your odds with curveballs and Golden Razz Berries but only do curveballs if you are definitely sure you can hit it. Don’t waste Poke Balls unnecessarily

- Take friends to not only support the attack but also net you extra Poke Balls. Dependent on your in game relationship status with Pokemon Go friends, you’ll earn more Raid balls and they definitely come in handy.

- If you are having trouble with Raid numbers, try signing up for your local Discord or Facebook Pokemon Go community. There’ll be plenty of people in the same situation and organising Raid groups.